Mobile phone now an examination tool in the hands of doctors: Mfine CEO

At some point in time or the other, most people would have found themselves in a situation where they did not have a trusted ...

At some point in time or the other, most people would have found themselves in a situation where they did not have a trusted doctor to go to. To solve this problem, Prasad Kompalli and Ashutosh Lawania, former members of Myntra’s core team, launched telemedicine startup Mfine in 2017. The platform enables users to consult doctors from top healthcare institutions through video or chat. Mfine partners with leading hospitals rather than aggregating individual doctors on the platform. The startup has on board top doctors from renowned hospitals such as Fortis and AIIMS.

Mfine fed publicly available information to its system and constructed a medical knowledge base called a hypergraph — a knowledge graph of the medical domain — to understand the symptoms of a patient and associate it to the knowledge gained, in order to properly diagnose it. In fact, initially, it built human intelligence to the system, which would capture patient data through chats. This, in turn, would help the doctor with summarisations and preliminary investigation.

Describing the efficiency of the product — which primarily helps doctors as their ‘virtual care team’ — Mfine Co-founder and chief executive officer (CEO) Prasad Kompalli shares that a doctor on the platform was able to correctly diagnose a 72-year-old lady of a neurological ailment (she had a brain clot that caused the symptoms), which was earlier misdiagnosed as a psychiatric issue.

“Doctors can also read an X-ray, and determine whether there’s pneumonia, or read a consumer-grade image taken of the skin and then automatically classify into what legion it might be to help the dermatologist. So, all these innovations that we have done are really helping doctors to be very effective.

“The mobile phone is now an examination tool in the hands of the doctors with the Mfine app. That’s the big difference we have brought to the table,” Prasad tells YourStory Founder and CEO Shradha Sharma during a chat.

The Mfine CEO opines that this way, speciality doctors are able to accurately diagnose more patients while, at the same time, kickstarting business for hospitals and other associated services such as pharmacies. Prasad says, “It’s completely a self-fulfilling, virtuous cycle that we can create where the technology can change the productivity on one end, and the entire ecosystem benefits from it.”

He adds that by leveraging new-age technology like artificial intelligence (AI) and machine learning (ML), “we create a virtual extension of a hospital, for example, of a Fortis or Aster (Hospitals) into the cloud, which is accessible on people’s mobile phone.”

Prasad says that the doctors on the platform find it very efficient, since a significant amount of work such as information collection, patient’s health history, etc., are readily available on the platform, and they are able to diagnose patients more efficiently in the process.

Prasad shares, “One cardiologist said that he wants 60 percent of his outpatients on Mfine because he was so much more efficient for himself and his patients.”

Apart from serving patients, some of the top doctors are also helping Mfine write research papers. Prasad says, Mfine is in the process of writing papers for peer review journals. This, he says, would provide the startup with due credibility.

According to Prasad, the platform enables patients to get the best of healthcare services available on its platform, including bellwether doctors. This is the reason it does not offer discounted rates, he explains. However, Prasad is optimistic that the charges would come down in the long-run with scale.

“One of the top doctors of Bengaluru looked at the platform and said that I see 50 patients a day, and roughly I charge Rs 500. Looks like, you can enable me to see 500 patients, so I can actually charge much less to my patients,” he reveals. 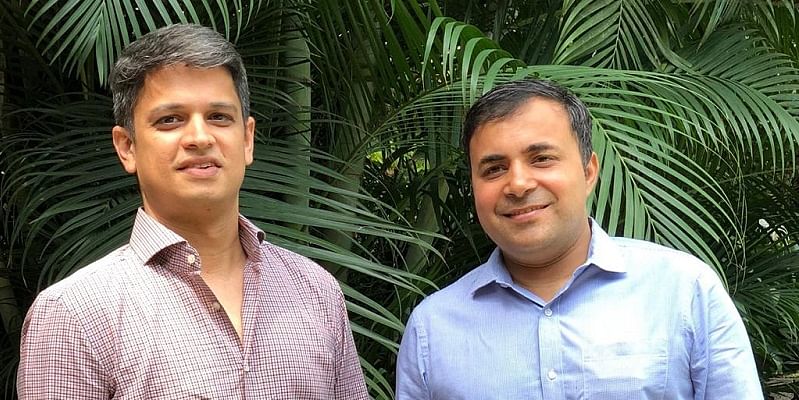 Need of the hour

According to data presented in March 2020 by the Ministry of Health and Family Welfare (MoHFW), there were 12.01 lakh allopathic doctors registered with the state medical councils/ Medical Council of India (as on September 30, 2019), of which about 9.61 lakh doctors were actually available for active service.

This means, there is one doctor for every 1,404 people as per the country’s current population estimate of 1.35 billion, which is lower than the World Health Organisation (WHO) norm of 1:1000.

Amidst the pandemic, a lot of patients found themselves availing telemedicine services from the safety of their homes. It’s no wonder that the sector became one of the fastest-growing in India alongside the edtech market. Mfine’s users grew nearly 8X (March-June). It also added 250 hospitals to its platform, taking the total partner hospitals to over 550.

Prasad says, “Every other service is getting used on smartphones, whether you are in a small town or a big city, and people have gotten used to it… it’s high time that this service becomes a consumer-centric service in a lot of population across [sic]. And that’s what is going to happen in India as well.

“More people will access doctors, especially specialist doctors, through their smartphones and get their care delivered. This is an inevitable change that’s definitely accelerated by COVID-19.”

(With inputs from Sindhu Kashyaap)

Get access to select LIVE keynotes and exhibits at TechSparks 2020. In the 11th edition of TechSparks, we bring you best from the startup world to help you scale & succeed. Register now! #TechSparksFromHome