Five things individuals can do to fight climate change

Can individual actions solve a global problem? The pandemic has offered the world a test of that question. On one hand, the choice to wear ... 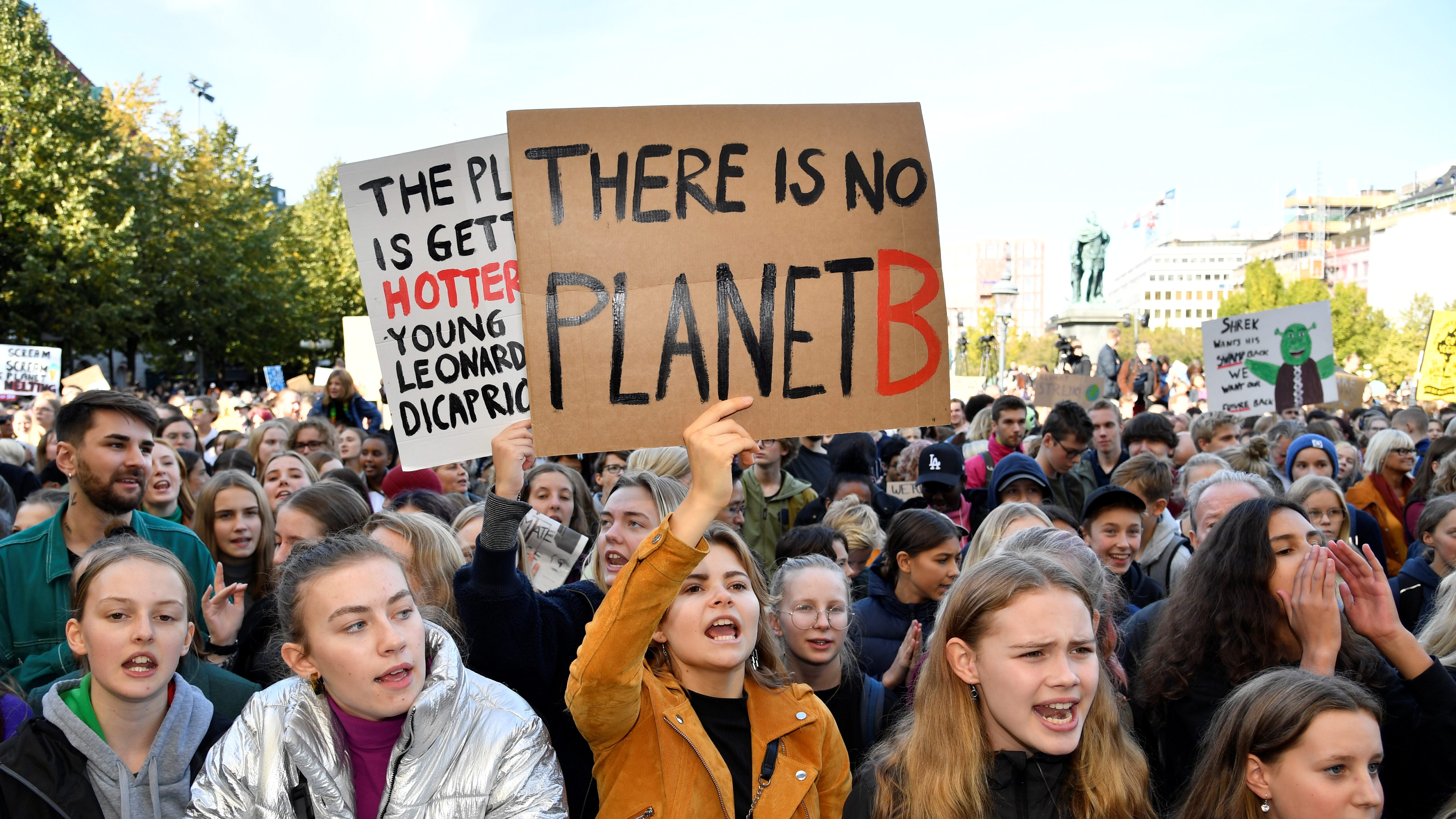 The pandemic has offered the world a test of that question. On one hand, the choice to wear a mask and stay socially distant can have huge repercussions in spreading or containing the virus. At the same time, it’s clear that some problems—PPE shortages, the pace of vaccine development, understaffed hospitals—are beyond the ability of any one person to fix.

Climate change faces a similar dilemma. In a recent Yale poll, two-thirds of Americans said they felt a personal responsibility to reduce global warming. Yet while there are things everyday people can do to reduce their carbon emissions, it’s clear that “solving” climate change will require an unprecedented overhaul of the global energy system. And social systems will need to adapt to the climate impacts that are already locked in, including sweeping reforms of urban design, housing, and healthcare.

In fact, the pandemic offered perhaps the best proof of this yet. Although global carbon dioxide emissions fell dramatically during the peak of lockdown—essentially a simulation of what the world would be like if everyone did their personal best to cut their carbon footprint—it was far from enough. Greenhouse gases are already surging back to pre-pandemic levels, and the dip did nothing to bolster climate adaptation.

Still, I wouldn’t last long as a climate journalist if I felt totally powerless. There are still things ordinary people can do to fight climate change—but reducing your greenhouse gas emissions is only the first step.

In the US, the average person’s annual carbon emissions footprint is 16 tons, about four times that of a typical car, and also about four times higher than the global average. To stave off catastrophic global warming, the global average per person needs to come closer to two tons. So whether or not it can add up enough to stop climate change, it can’t hurt to find ways to reduce your consumption of fossil fuels.

You can eat less meat, waste less food and water overall, and drive less. If you have to fly, try to avoid flights with connections; the bulk of airline emissions happen during takeoff and landing, so two flights have a much bigger impact than one of the same distance. Those are the biggies.

When it comes to day-to-day consumption, the choices get more nuanced. Recycling is fine, but the reality is that only 5% to 10% of recycled plastic actually gets recycled, so it’s best to use as little plastic—which the oil industry sees as perhaps its only remaining opportunity for growth—as you can. Buy paper products from companies that have committed to limiting deforestation. Know how to call BS on corporate climate pledges and only buy from companies that take the issue seriously.

You can decarbonize your assets, too. If you can afford it, consider buying an electric vehicle or installing solar panels on your home, business, or land. Weatherize your house to make it more energy efficient. And check your retirement plan, mutual fund, or other personal investments to see if you may unknowingly have a financial stake in carbon-polluting companies. If so, consider divesting from them—and putting the money instead in clean energy stocks, which have outperformed their fossil peers through the pandemic.

Ultimately, there’s a reason to do these things that may be even more important than the sum of their individual carbon footprints, per se: It will likely encourage your friends and family to follow suit.

Social scientists have long understood that peer pressure is a powerful tool, and it works the same on climate action. Researchers in California have found that the presence of solar panels on a house dramatically increases the likelihood that more houses in the neighborhood will install them as well, especially if the panels are visible from the street.

Yet, according to the Yale poll, fewer than half of Americans feel any kind of social pressure from their peers on climate. Modeling climate-savvy behavior is one way to reverse that.

Another is to have the right kinds of conversations. Threatening your recalcitrant uncle with visions of climate apocalypse doesn’t work. Instead, communication experts recommend that you connect climate to an issue your interlocutor already cares about, whether that’s jobs, religion, a personal experience of loss, or something else. It helps to use humor.

One reliable way to gain a greater feeling of control over the climate crisis is to learn more about it.

The last few years have seen an explosion of climate podcasts and newsletters. Being bombarded with climate news might seem depressing, but as someone who does it for a living, I can say that although the doomsday stories are certainly there, they are increasingly outnumbered by stories about meaningful climate action by individuals, companies, and some governments. Hearing those stories is a way to feel less defeated and more motivated to take action.

Start with “What We Know About Climate Change” by MIT scientist Kerry Emanuel, the best short, super-simple guide to climate science. Then check out “All We Can Save,” a new collection of essays about climate by the world’s smartest female journalists, activists, and researchers that manages to articulate reasons for hope without pulling any punches.

Then you can build solutions-oriented climate reading into your habits. In addition to following Quartz’s Climate Economy obsession, you can get a daily dose of inspiration from The Daily Climate, Bloomberg, HEATED, Climate Fwd, Boiling Point, or Carbon Brief, and give a listen to How to Save a Planet or Hot Take.

Get involved in politics, especially locally

Is there much an individual person can do to shut down the world’s coal-fired power plants? Unless you’re Michael Bloomberg, probably not. But there are plenty of local issues that are essential for climate adaptation where individual voices or small-scale community organizing can make a big difference.

Local zoning rules can make it harder to build homes back after disasters, or they can permit development in risky areas. As some climate-risky areas become unlivable, better protected cities and neighborhoods will need to increase the availability of affordable housing and social services; is your city preparing for this future? Is your school district using textbooks that downplay climate science, or not providing air conditioning in schools with a high portion of minority students?

State and national politics are obviously critical as well, since the energy system won’t change fast enough to prevent catastrophic climate change without new policies to support renewable energy and crack down on carbon emissions, and adaptation won’t be possible without massive investment in infrastructure, better weather satellites and flood projection maps, support for disaster insurance and affordable housing, and other interventions.

In other words, perhaps the single most important contribution you can make to alter the trajectory of climate change is to vote. Research the climate and energy views of candidates at every level and support those with the most ambitious policies. Then use whatever means of activism you’re most comfortable with—join a march, write a letter, donate money to activist groups—to agitate for even greater ambition.

Climate change is ultimately a story about inequality. People of color are disproportionately affected by climate impacts, more vulnerable to air pollution from legacy fossil fuel infrastructure, and discriminated against in disaster aid. Particularly in the global south, the impacts of disasters and failing agricultural systems fall hardest on women. The energy transition will disadvantage many low- and middle-income workers who have dedicated their careers to the fossil economy and shouldn’t be left behind.

It’s essential to recognize that climate change is at the heart of many of the key social issues of our time—including Black Lives Matter, Me Too, and xenophobia and nationalism. No number of solar panels or avoided hamburgers can negate the need to treat everyone with dignity and respect.

Learning to live on a planet that is already irreparably altered by climate change will require everyone to get better at listening to people with different viewpoints and life experiences, and practice compassion toward them. It will likely require us to re-evaluate how capitalism should work, and to reckon with the deep-seated aversion many people feel toward big, expensive government interventions.

You may need to be open to bold new ideas, like climate reparations. You may want to donate to climate research and humanitarian groups. Ultimately, you will need to get comfortable with the idea that “fixing” the global climate probably isn’t possible, in the sense of returning to some gilded pre-carbon paradise. Instead, we have to help each other live on the planet we’ve created—and that’s something everyone has the power to choose, every day.