Virender Bisht believes the best thing about technology is the speed of closure and efficiency it brings to a problem.  With over two decades ...

Virender Bisht believes the best thing about technology is the speed of closure and efficiency it brings to a problem.

With over two decades in the world of engineering and software development, Virender believes the world is moving faster than ever before and the threat of being outdone and outdated is as close as as a six-month cycle.

As Co-founder and CTO of Bengaluru-based fintech startup Niyo, Virender may not be coding every day now, but feels a techie must always be “hands-on and building something or the other”.

“When you look at banking or financial solutions, you realise that there are multiple problems and pain points to solve for within each segment. The speed with which everything is changing and evolving makes the space more interesting,” Virender says. 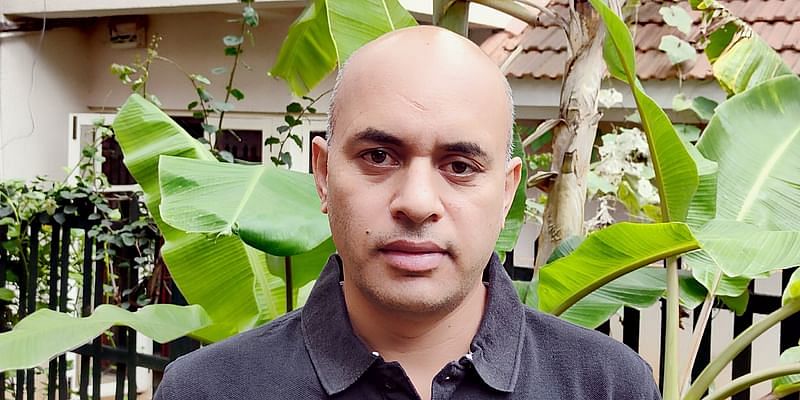 Virender recalls that he was inquisitive, studious, shy, and introverted as a child. “My inquisitiveness made me wonder about different things. Why does a light bulb go on, what makes it glow, how does it work? I would take radio sets apart always try to understand their working. I almost got myself electrocuted when I was in Class 6, trying to see how electricity works.”

The son of an industrial worker and a homemaker rooted in Uttaranchal, Virender spent the early days of his life in the state. His schooling and college years were spent in Faridabad, where his father was transferred for work.

The “scholarship student from Class 8” was always interested in physics and mathematics. “I always drew satisfaction from being able to come to a conclusion and to have a mathematical proof for the problem at hand,” Virender says.

In high school, he opted for science – the physics, chemistry, and mathematics trio – and was dreaming the IIT dream by Class 12. His cousin, a year senior, was also prepping for IIT entrance.

But the youngster was always keen to do more and began tinkering with computers in his free time. Soon, he was hooked to programming. By his third year, he was working on a project for one his professors – to check final products in an assembly line for quality using optical imagery. Virender wrote the programs for that project.

In the final year, he did a project demonstration for a state transition diagram of a manufacturing assembly line, which would automatically do the QA of the finished product.

Soon, the time to think about jobs came, and he was placed at TCS through campus placement in 2000.  TCS was a great foundation, and offered a three-month residency for all hired engineers to learn software programming.

After three months in Trivandrum, when Virender had the choice, he elected to go to TCS Mumbai to be “independent”.

“In retrospect, it was a good call, as each centre had some specialisation. In Mumbai, I got to work on mainframes, Java, and multiple projects for clients in the medical space, aerospace, and insurance. I even went to Europe and the US, and spent time there,” Virender says. 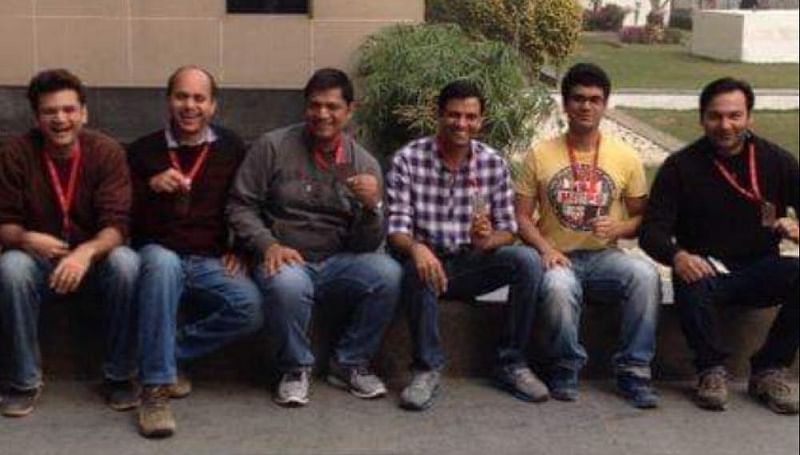 Virender during his early college days

The world of startups

In 2006, Virender returned to India and realised that several country-specific problems needed to be solved. He joined the adtech company Tribe Solutions, which was headquartered in San Jose but was building an engineering team in India. There, he worked on ad network problems.

“I was the third employee in India and it was my first startup stint. I was used to processes, teams, and everything running like a well-oiled machine. Startups were different; they were exciting.

“In three years, the team grew from a three-people company into a 120-people team. I began to enjoy working for a startup and getting into the thick of things,” he says.

In 2008, Virender moved to Studyplaces, where he built the edtech startup and worked towards its acquisition by Educompsolutions in 2010.

“From a development point of view, I had by now worked in large companies, seen big rollouts, worked in a one-man company, and had varied experience in writing, deploying, and managing code,” he says.

From MakeMyTrip to Mobikwik

It was also a transitional year from a technological standpoint. MakeMyTrip, which had just launched its IPO, was setting up an engineering and product team for mobile apps. And Virender decided to tap the opportunity.

“We had a one-point statement: desktop sales were falling and mobiles were growing as an access platform. Bandwidth wasn’t cheap, but we knew that people would access everything on their mobile phones five years down the line. If we were not on mobile, [we were] not at the right place,” he says.

Virender worked on building the Blackberry app. In four years’ time – by 2014 – close to 40 percent of MakeMyTrip’s bookings were happening through the app. He also led the online payments development.

“MakeMyTrip is an online travel agent. Every penny is from the online business; you can’t get ahead without online payments,” he recalls.

This was Virender’s first stint with the banking side – payment gateways, banks, improving success rates, and more. Success rates were only 40 to 50 percent in 2010.

“Two things became clear – mobile would become the access medium to consume lot of products and services on the internet and banking needed solutions.”

Virender soon realised there were different kinds of problems and multiple use cases within banking. 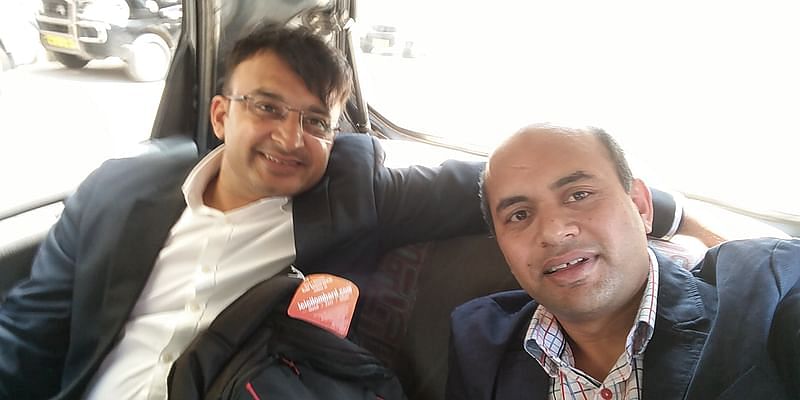 In 2014, he joined MobiKwik as CTO and worked on building the wallet as a payment instrument to capture easy payments and make payments simpler. The team grew the platform from two million users to 20 million users in a year.

“It was an interesting problem to solve and opened my eyes to others,” he says.

But soon, it was time to set new goals and resolve new challenges.

“Amit Somani, now Managing Partner at Prime Venture Partners, had worked with me at MakeMyTrip. We discussed a few ideas. Later, I flew down to Bengaluru and was introduced to Vinay Bagri. We brainstormed and in 2015 set up Niyo Solutions,” Virender says.

The duo wanted to check if their product would work with banking partners before starting. In October 2015, Yes Bank validated their employee solutions platform.

“In the early days, we were an employee benefits company – think fuel cards and meal passes. After demonetisation, we launched salary accounts for blue-collared workers. This is where volumes are high. Most of these people don’t have a handy bank account. We are building a custom-designed mobile app in 10 languages for this large migrant population,” Virender says.

Today Niyo, which has a tech team of over 150 people, helps salaried employees access company benefits and other financial services. It partners with companies employers and banks to offer employees the opportunity to access benefits, such as healthcare or food allowances, through a digital platform.

Virender says with over two decades of experience, he has seen ‘scaled’ companies, small startups, and is now building a startup himself. At each stage, he has learnt how to build and manage teams, and work nimbly while building processes. 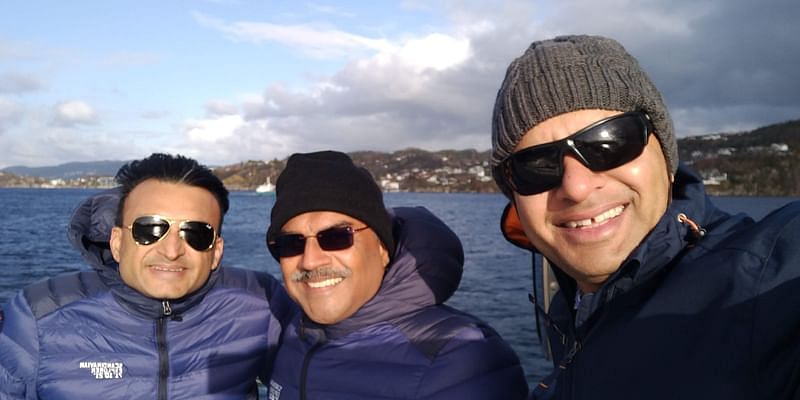 After all these years in the tech domain, what does he look for in techies?

“I see how secure and confident people are about their skills. How do they perceive problem statements? People maybe straight out of college, but they will have a unique way of looking at a problem and solving for it,” Virender says.

Advising young techies, he says, “As someone working in a startup, you need to have the ability to see the forest and the tree at the same time. This means you should be focused on the problem at hand, and also aware of where the journey is leading to.”

Virender says the landscape is changing very fast and there’s a need to keep aligning every time. “Banks didn’t realise UPI will become such a hit, UPI is almost ruling cards out. So, tech waves will come and you need to learn to ride them. The change cycles are no longer five to 10 years, but six months to a year.”